The triple-nave late Gothic parish church dedicated to St Mary and St Pancras is in a prominent location on the southwestern edge of the town. Its triple nave, which extends into a quire of equal width, was built on the site of two earlier Romanesque buildings. An exit added on the south side between the second and third bay leads to the crypt; the tower on the west side is capped by a Baroque belfry. On the south side of the graveyard wall, there is a chapel of rest. 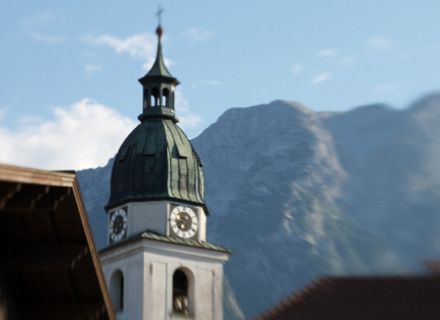 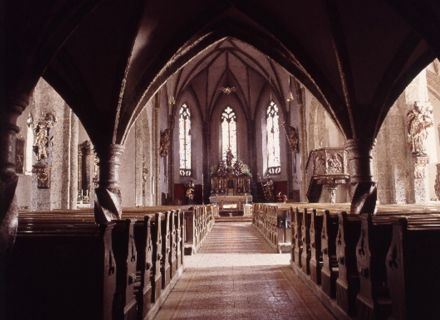 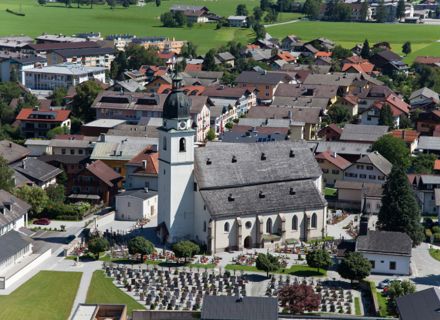