It is said that a magnificent castle once stood on Georgenberg, occupied by an extravagant lady. However, the extravagance of this aristocrat was punished: one day, a terrible storm blew up and destroyed the castle. The woman was buried under the ruins.

After this, the devil came and grabbed a huge chest laden with precious stones, silver and gold. But the chest was so heavy that the devil could not take it into his realm. Instead, he hid it inside Georgenberg, where there is said to be a dark lake. The chest has been floating on the lake ever since, under the watchful eye of a hound with blazing eyes that stands on it, holding the keys in its jaws.

It is said that on the stroke of midnight, Georgenberg is opened at a secret place, and the chest and the hound drift out to the shore. Anyone brave enough can snatch the keys from the hound and take the treasure home! However, nobody has found the secret opening yet...

KÜHSCHWALB AND THE GATE TO THE OTHERWORLD

We are all too familiar with that sense of entering another world on walking into Kühschwalb. After all, the gentle silence that is broken only by the sounds of nature or our own footsteps in the soft green grass seems entirely divorced from the hustle and bustle of our daily lives.

The Celts also the valued natural beauty and seclusion of Kühschwalb. They are said to have regarded the area as a sacred place, as it was the gateway between this world and the afterlife. In Celtic mythology, the afterlife is known as "the Otherworld”. The Otherworld is beyond time and space, and is inhabited by mystical beings and deities. Mortals also pass into this world after death. However, in contrast with other views of the afterlife, the Celtic Otherworld can also be entered and exited by the living in certain situations.

So what does that have to do with Kühschwalb? The Lochstein rock, next to the Hubertus chapel built in 1973, is said to denote the portal to the Otherworld. Therefore, it marked a forbidden zone for the Celts, as the mountain goddess Gula was said to have reigned from here. This “dominion” extends as far as the “Wild Cemetery”, a rubble-filled combe on the Göll east wall. And there is a fascinating legend about the origin of this austere, deserted place, too:

HOW THE WILD CEMETERY WAS FORMED

Long ago, there is said to have been a magnificent alpine pasture here, tended by several young herdsmen. The pasture was abundant, and the herdsmen flaunted their wealth ostentatiously. They paved the courtyard in front of the hut with cheese wheels and played ball games with spheres of butter. But one of the alpine herdsmen caused a barrel to overflow by bathing in a trough full of sweet cream. Then, a terrible storm swept through the alpine pasture that lasted for three days. Everything was destroyed, and where the alpine pasture once stood, now stands the rocky desert of the “Wild Cemetery”.

THE LEGEND OF THE KUCHL HOLE

Viewed from Kuchl, the Königssee is “behind” the Göll massif, on the Bavarian side. The Königssee is said to contain a myth-steeped cavern that is only visible when the water level is low. This cavern is the Kuchl Hole. Why? It is said that the cavern feeds Schwarzenbach waterfall, in other words the water comes straight from the Königssee. So, as the legend has it, if you throw sawdust into the hole, it will come out on the other side of the mountain in Schwarzenbach waterfall between Golling and Kuchl (better known as Golling waterfall).

Another story is that a water sprite is up to mischief in the crevices of the Kuchl Hole, and keeps the souls of all those who have drowned in the Königssee in clay pots. For their souls to be released and pass into eternal rest, someone would have to enter the water sprite's realm and overturn the pots. 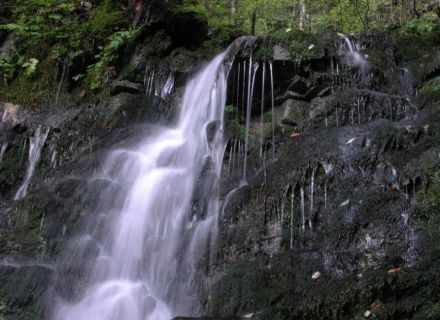 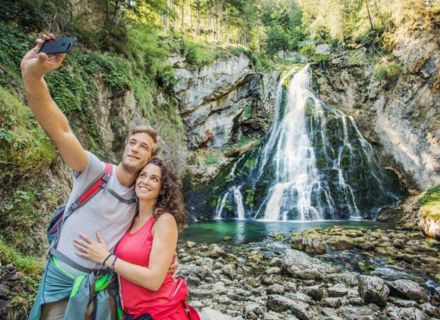 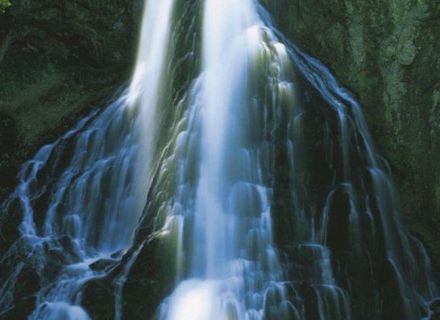 THE DEVIL AND THE ROMAN BRIDGE

The Tauglbach flows along the border between Kuchl and Bad Vigaun. It is easy to cross the gravel bed of this wild river and get to somewhere each. But wherever the river flows in a deep ravine, the crossing is much harder. So one day, a bridge had to be built over the Taugl ravine. But it is said that only the devil himself could be achieve such a structural feat. Therefore, the people asked him for help. However, the devil would not be the devil if his “good deed” had no strings attached. So the pregnant miller from the former mill promised that she would give him her child if the bridge was completed before the birth. Yet the miller gave birth to her child just before the last stone was laid. The devil was furious, as he felt that he had been robbed of the child. He made a claim to the first living creature that crossed the bridge. But the miller was cunning and chased a cat over the bridge. The devil flew into a rage. In his anger at the deception, he threw the last stone for the bridge into the ravine. And when you look down from the Roman bridge on a leisurely hike along the Taugl, you can still see the devil’s stone lying there to this day. 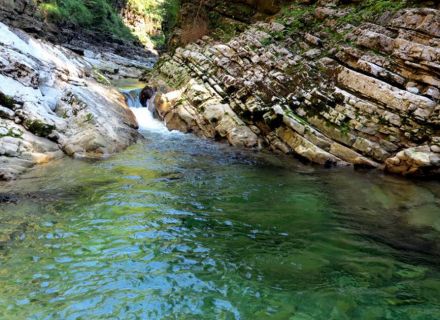 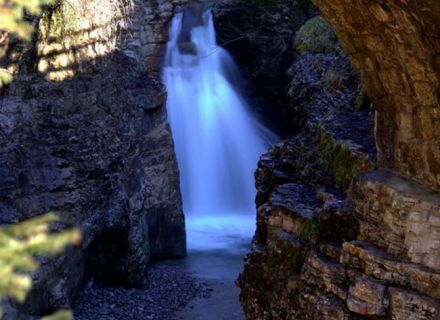 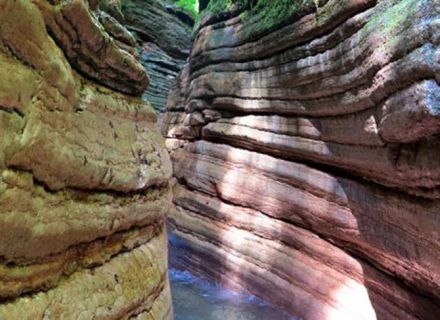 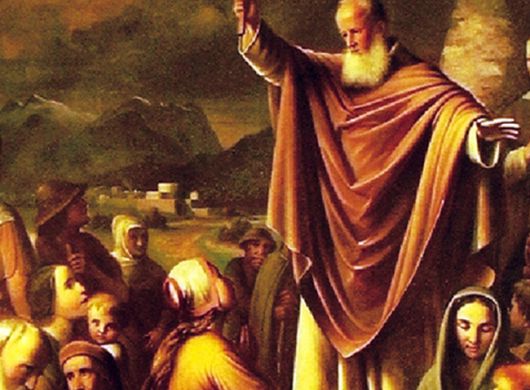 THE MIRACLE OF THE CANDLES

St Severin spent a period of time in Kuchl, where some of the population had already been converted to Christianity, although a significant proportion still followed pagan customs. At St Severin's request, the people of Kuchl gathered to pray, and everyone had to bring a candle. During the time of prayer, the candles of the true believers were miraculously lit, while those of the idolaters failed to burn. As a result, the idolaters also came to know the true religion. 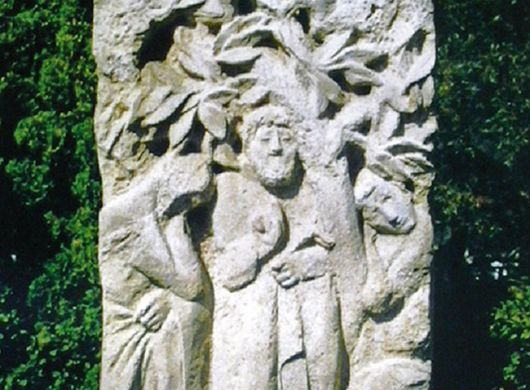 THE MIRACLE OF THE LOCUSTS

While St Severin was in Kuchl, it is said that the area was overrun by a terrible plague of locusts. The farmers feared for their fields and the harvest. St Severin told the farmers to gather in the church to pray. All but one stubborn man followed this instruction. The fields of all the farmers were miraculously spared, except one: that of the farmer who tried to keep the locusts away from his field instead of going to pray.